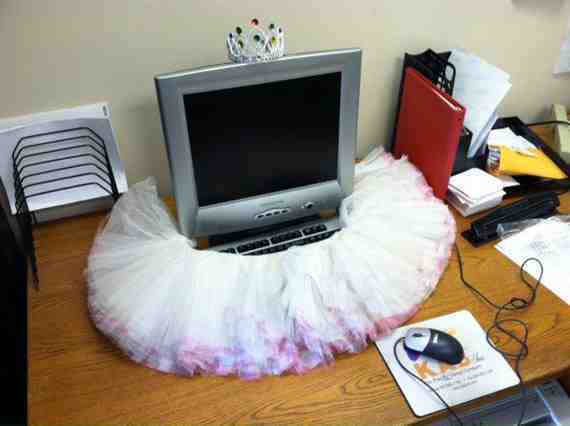 While most performing arts organizations are just learning that Twitter exists, the administration at Diablo Ballet is enjoying the success of its social media program.

A well respected, but previously low-key dance group, Diablo Ballet experienced difficulties in building and retaining their audience, mostly as the result of the economic downslide. This was the reality three years ago when Diablo Ballet Lauren Jonas and the newly appointed Director of Guest Services and Marketing Dan Meagher began their audience-building program. Their plan incorporated continuing their partnership with the typical media outlets while they explored the use of the new social media platforms. And the result of their efforts — the company has experienced major growth in both critical recognition and audience size. This year 95% of available tickets were sold as season subscriptions.

The company has used Twitter feeds and Facebook postings to spread the word. The postings aren’t merely announcements of programming (although that is a part of their message) — they also offer dance-related entertainment that engages dancers, dance fans, and those curious potential audience members who only have seen dance on television or in films. The most innovative, and controversial, project until this season occurred last year when Diablo Ballet asked its Twitter followers to volunteer for “live tweeting” during the company’s spring performances. Their Twitter and Facebook follower numbers increased, and articles concerning the company’s efforts (both positive and highly critical) appeared in print, including coverage in The Wall Street Journal.

Other ways of engaging the folks include silly daily Twitter postings like, “Happy Tuesday! Glissade your way out the door and get going on this dancin’ day!” and interactive bits asking things like “You know you’re a dancer when…” and “The best dance movie ever….” have met with tremendous response. Live YouTube chats and Twitter events also are giving people the opportunity to directly interact with dancers and choreographers.

As an innovator in the creative use of social media to both publicize and create projects, Dan sees the tool as a permanent vector for the performing arts. “I think the performing arts must use social media to engage and attract audiences,” says Dan. “Literally, it’s evolve or die. Using social media is a great way to show people why the arts are relevant in their lives. We use technology everyday. Why would you shut down a way of communicating to your audience?”

There are problems convincing many that this is the way to go. “The classical arts, in particular, have been one of the last to embrace social media,” he says. “We’ve built a wall up that keeps many out. I think it’s time to take the word classical out of classical arts. Classical conjures up visions of going to a grand, marble-columned opera house where people sit in velvet seats and drink champagne. Can we make people any more afraid to go see a ballet? Social media helps us show why the arts make a difference in their lives and why it’s for them.”

This season, Diablo Ballet is going for the ultimate interaction — allowing the Twitterverse to help create a new ballet for its March 1 and 2 program. Participants have been encouraged to offer suggestions on:

The Web Ballet will be choreographed by Robert Dekkers, Diablo Ballet dancer, and one of Dance Magazine‘s 2011 “25 to Watch” artists. Diablo Ballet Artistic Director Lauren Jonas and he are now going over the suggestions to select those to be used in creating the new work. The Twitter fans already have selected the music — of the three pieces Diablo Ballet presented on YouTube, the fans chose Vivaldi’s Concerto for 2 Cellos in G Minor.

That’s a huge leap, though, going from live tweeting to allowing the tweeters to become directly involved. But it seems to be a natural progression for this adventurous company. “After we did our live Twitter night from the ballet last March,” says Dan, “I started thinking about other ways we could use social media to engage audiences. It dawned on me that since dance is a collaborative process anyway, we might as well ask the whole world to participate in creating a new ballet!”

According to Dan, suggestions were sent in from all over — England, Russia, South America, and the United States. “When is the last time several countries came together to create art?” he asks. “That’s the great thing about social media, you can be anywhere and let your voice be heard. We’ve even had a submission from a San Francisco middle school dance class. How cool is that? And, did I ever think people in Moscow would be talking about Diablo Ballet? Never!”

The suggestions so far? “One of my main intentions for The Web Ballet,” says Dan, “was to have people use their imagination and get involved in the creative process. I’m very happy with the results. My biggest surprise, though, has been the level of creativity. People are really thinking out of the box, and we love it! For example, suggestions range from setting the ballet in an antique store to one based on the evolution of the Dodo Bird! It’s great how people are embracing that we have no limits.”

So how has the arts community responded to this latest adventure? “The arts community has responded very positively,” says Lauren. “I believe many individuals are interested in seeing how this project comes to fruition. Also, the project isn’t limited to the studio and the theater. We will be posting videos of the rehearsal process and the performance. I am excited to share the outcome of this project. I know Robert will create something very special.”

Former dancer, Geri Jeter, has been editing and writing for over fifteen years, writing on dance, food, music, NASCAR, technical theater, and Italian-American culture. For the past five years, she was the dance critic for the Las Vegas Weekly; in 2007 Nevada Ballet Theatre presented her with the Above and Beyond award. Now living in San Francisco, Geri is excited about covering the entire scope of West Coast dance. You can read more of her dance writing at her blog Dance Blitz (www.dance-blitz.com) and follow her Las Vegas and San Francisco restaurant reviews at DishKebab (www.dishkebab.com).

Continue Reading
You may also like...
Related Topics:ballet, Diablo Ballet

Former dancer, Geri Jeter, has been editing and writing for over fifteen years, writing on dance, food, music, NASCAR, technical theater, and Italian-American culture. For the past five years, she was the dance critic for the Las Vegas Weekly; in 2007 Nevada Ballet Theatre presented her with the Above and Beyond award. Now living in San Francisco, Geri is excited about covering the entire scope of West Coast dance. You can read more of her dance writing at her blog Dance Blitz (www.dance-blitz.com) and follow her Las Vegas and San Francisco restaurant reviews at DishKebab (www.dishkebab.com).