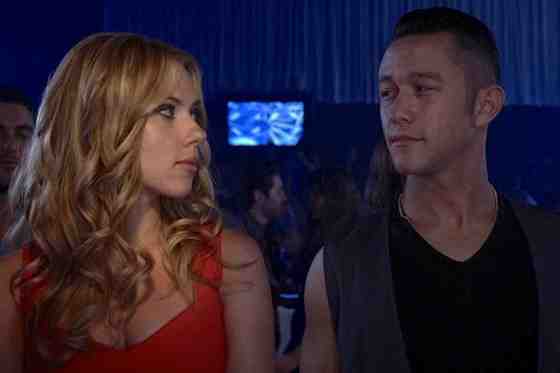 How long is Don Jon? 90 minutes.
What is Don Jon rated? Film is not yet rated.

A Wonderful Concept That Underestimates
the Intelligence of Its Audience

Few people enjoy and embrace their celebrity in the way that Joseph Gordon-Levitt does. His ever-present smirk and youthful enthusiasm make him irresistibly charming at awards shows and in interviews. His crowd sourcing website hitrecord.org brings together artists and writers from all over the world to collaborate on short films. And, most importantly, his work in film allows him to show every facet of his talent as an actor and his willingness to consistently reinvent himself.

His latest incarnation is as a feature film writer and director. Don Jon — which was just recently shortened from Don Jon’s Addiction — is yet another example of Gordon-Levitt’s fascination with exploring every detail of filmmaking. While the final product is disjointed and fails to coalesce into a fully-realized vision, Don Jon shows that Gordon-Levitt has the potential to be a very gifted director if he is able to control his impulses and reign in his overactive drive.

He thinks (and secretly hopes) this all changes when he meets Barbara (Scarlett Johannson), the most beautiful girl he’s ever seen. Initially, he has only a physical interest in her. As she continues to withhold sex from him, though, he develops more serious feelings and begins to see her as the woman with whom he could actually settle down. Meanwhile, Jon also meets an older woman named Esther (Julianne Moore) in a night class Barbara convinces him to take. Esther is the exact opposite of Barbara in every way which scares and also intrigues Jon.

The film has a very clear message about gender roles in our society and how detrimental they can be to our relationships and self-esteem. Unfortunately, the message is a little too clear as Gordon-Levitt continues shouting the film’s moral long after it has been digested by the audience. Jon has real feelings and emotions, but his Italian Catholic upbringing has taught him to hide all but anger and lust. Barbara is equally at fault, accusing Jon of being less of a man for taking pride in cleaning his own home and knowing what a Swiffer mop is. The point — which, again, is delivered over and over — is how our culture has almost become a binary system where men must be macho and women must be passive.

Gordon-Levitt has many genuinely intriguing themes throughout the film. Jon punishes what he sees as his sins by repeating his penance during his daily gym routines, speaking the Hail Marys out loud as he presses and crunches. This same idea was explored more effectively in Mean Streets, but for this generation of filmgoers which have never seen Scorsese’s film, it will be a new and jarring image. There are also many subtle characteristics of Jon which speak to his character and are well-developed. He tells people he works in the “service industry” as a way of making his bartender gig sound more important and he has a very antagonistic relationship with his father (Tony Danza) who is clearly Jon in 30 years.

Had Gordon-Levitt taken a more serious tone and trusted his audience’s ability to pick up subtext, the film would have had a greater impact. The film never takes itself seriously so why should we? The character of Jon has a few layers that are revealed as the story progresses but every other person in Jon’s universe is merely a caricature of the Jersey Shore lifestyle that would be better suited to a Saturday Night Live sketch.

There are some genuinely moving moments later in the film as Jon’s relationship with Esther develops. Moore is perfectly cast and brings believability to a role that is very weakly drawn. She and Gordon-Levitt have natural chemistry and their interactions are some of the few moments in the film that feel real. While most of the tone of the movie is akin to watching a two-hour block of MTV, Gordon-Levitt does include a very tender lovemaking scene that demonstrates his maturity as a writer, director and actor. If only the rest of the film could have been handled in the same way.